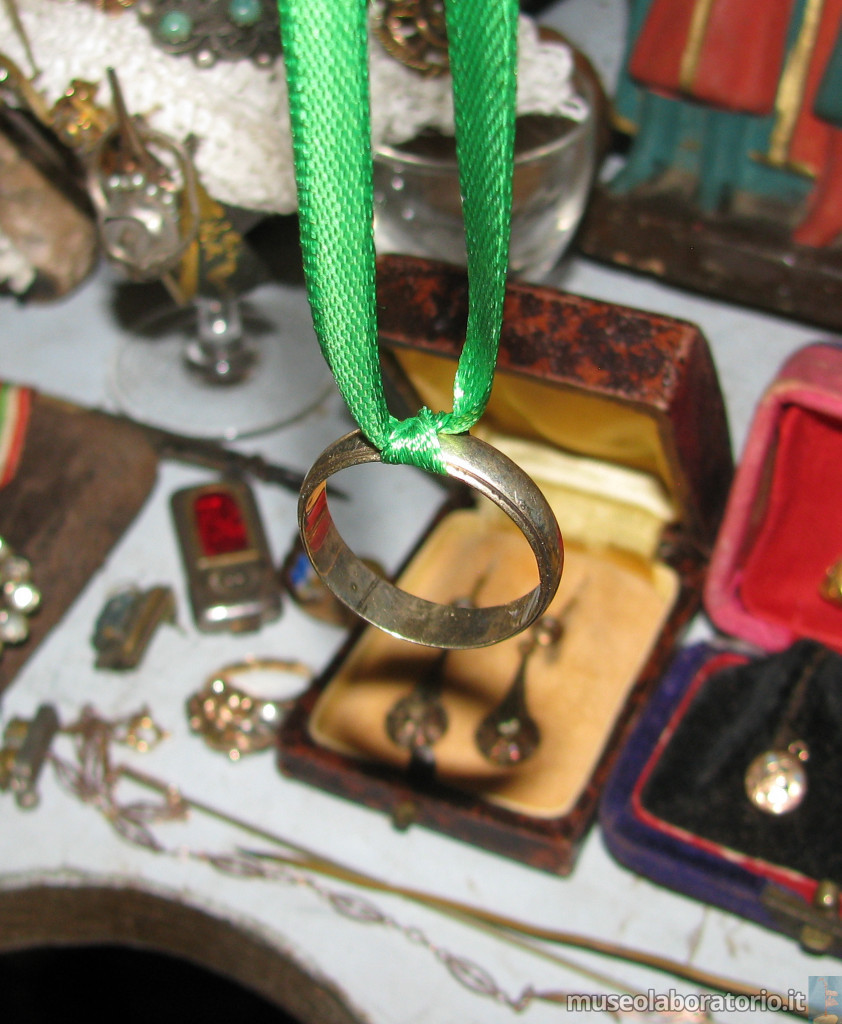 “The day the fascist government decided everyone must contribute with gold, copper and iron to the growth of Italy, it was my tenth birthday.
My parents took the news badly.
– They give with one hand and take with the other! – said my father, referring to the cash prizes they gave to large families. Ours was a life of hardship, like that of so many others, and of narrow hopes. It was not uncommon that a few months old child died, and the prize was postponed to another birth.
Specific procedures were established for the collection of gold and metals. Every beginning of the week, a person in charge with some helpers went around the families and checked if there were more than three copper or aluminum pots in the house; the surplus was piled up in a pickup truck. Gates, railings, disused plows and ferrous materials of various kinds were collected as well.
Same thing was to happen to wedding rings, pendants, brooches and everything was made with gold; for those precious items, however, a specific collection day was defined for the whole national territory. To certify the delivery, of course, a receipt with proper stamp and fascist secretary signature was released.
– They came the 18th of December 1935, the day when all Italians were called to donate their gold to the homeland.
There was so much sadness that day. At first they took several pots, including the ones in aluminum we used in the countryside for the harvesting of tomatoes; then they continued with the wedding rings, that were exchanged with iron rings with the engraved inscription “Oro alla Patria–18 NOV XIV” [Gold to homeland 18th November 1935].

My mother’s eyes glistened when she saw my father removing from the ring finger his wedding ring to deliver to the officer, with his head low. At the same time, she quickly took off two tiny earrings from her earlobes and said: – This is my little advance for the homeland: my wedding ring fell in the well as it was fitting a little bit loose –. She spoke with so much confidence that all of us believed her immediately; the secretary not too much instead: he looked at her with suspicion and stated that he would have given the order to empty the well as soon as possible.
My mother wasn’t impressed at all, and she assured with dignity that during the usual summer cleaning of the well, she would have found the ring for sure.
But in August the well was not cleaned.
The secretary, who didn’t forget at all, got very angry and considered my mother’s attitude as an offense to the homeland liable to punishment. She didn’t lose heart and she tried very calmly to remedy that tense situation.
Among my grandfather’s stuff, lost in the First World War, there was a small ring of little value hidden in a patched sock: she took it and let it fall into the official’s hand saying: – Now I have no more debt, if debt must be called –.
The secretary, redder than a pepper, nervously closed the front door behind him. We have been a little scared that day, but since then no one came asking for the wedding ring anymore.
The ring was no longer spoken of even in the years following the assignment of the new housing in Serra Venerdì, which marked the end of a nightmare and anticipated a widespread and even deeper malaise.
My father died of tuberculosis when he was sixty, when my mother was fifty-four, I was twenty-seven, my brother twenty-nine, my sisters twenty and twenty-four.
In the new neighborhoods the evenings passed in sadness, the streets were not well lit and there were still some open construction sites that spread a sense of disorder and incompleteness.
The people, although happy to have abandoned the unhealthy and decrepit houses in the Sassi, were disoriented and someone, meeting you, did not even say hello not for lack of courtesy, but as if they were afraid of bringing out in a possible conversation the fear that their dream of redemption was beginning to deflate like a balloon.
In 1966, thirteen years after moving to our new home, we left the city and that house that had made us feel good at first and so badly after, since poverty had returned even in the absence of chickens, mules and pigs.
There was no other solution than to change our job and add the American language to our dialect.
Aunt Maria, who left two years before us and was already able to express herself a little in English, made herself available to host us and guide us in our new life.
My mother died when she was ninety. When we dressed her for the burial in the cemetery of Toronto, her wedding ring came out of her pillowcase and began bouncing on the gray floor, reflecting a soft golden light.
We were all stunned and remembered that episode from the past: she had kept that secret for so many years, without even talking about it with her sons and daughters!”

Thank you Francesco for donating your mother’s wedding ring, in agreement with your brothers and sisters, to this museum.
It is here, in a showcase, suspended with a ribbon over other jewels of that time.
It gives off an almost human haughtiness and still reflects a warm golden light. 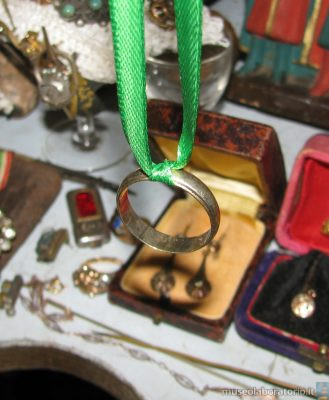 The wedding ring of Francesco's mother 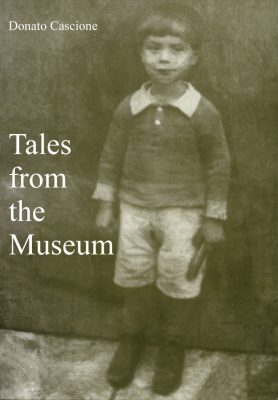 Tales from the Museum

How often have they interviewed those who lived there? It is only right and just that their voices complete the panorama formed by all the facts that make up the recent history of the town of Matera. (Collection of testimonies of those who lived in the Sassi, 2005) 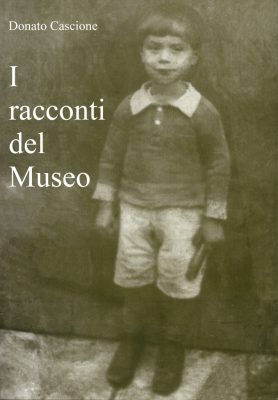 How often have they interviewed those who lived there? It is only right and just that their voices complete the panorama formed by all the facts that make up the recent history of the town of Matera. (Collection of testimonies of those who lived in the Sassi, 2005)