The bread stamp was a tool tied up to the agricultural-pastoral world: produced by the shepherds, the stamp had the function to stamp the mark of ownership on bread dough before cooking.

It was divided in two parts: the lower part, with a distinctive mark on the basis (a conventional mark or the family initials), and the upper side, with symbolic-decorative representation that could be anthropomorphous, zoomorphic, architectural, etc.

The stamp was also offered by the man, as request or token of love, to the woman during the courtship: with his initials carved on the stamp, he symbolically entrust  the woman with the synthesis of his own individuality.

If the request was rejected or the engagement broke up, the stamp was given back or was broken in sign of contempt.

This tool was burnt at the death of the person which the stamp was referred to.

The stamps that follow have been divided into groups, depending on the symbols represented on the handle: the first two are zomorphic stamps (birds and quadrupeds); it follows anthropomorphous stamps (females and males) and stamps with architectural and various object representations. 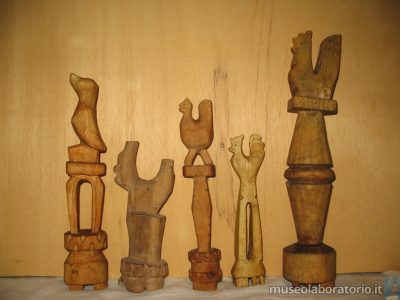 The hen and the cock were subjects always under the eyes of the people’s artists, because they lived in the same houses of the men.

The hen represented the idea of well-off house, and the concept of being female. The cock instead, erect and upright, was the symbol of an active and healthy virility. 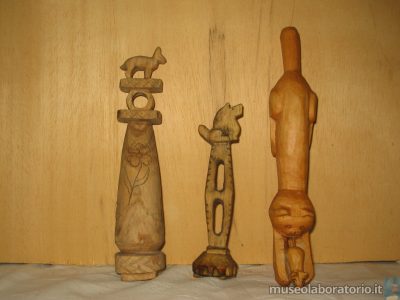 The dog was the symbol of the vigilant and alert defense from the evil and the negative influence. 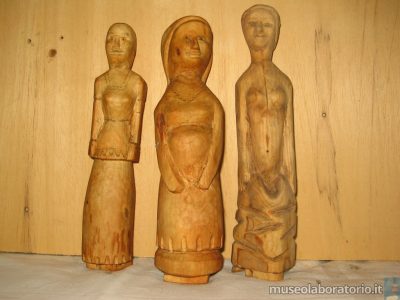 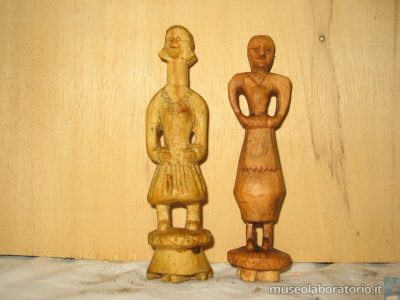 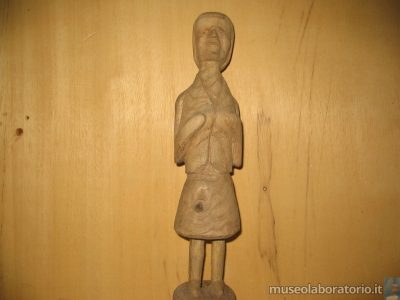 The woman was represented as the personification of the reproductive power and symbol of the nature: the idea of beauty and physical armony was entirely absorbed in the conception of the woman as mother divinity and guardian of the house. 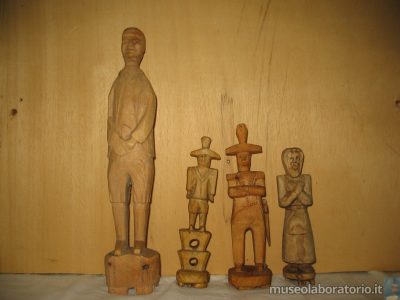 Among the male rapresentations, were very common those of carabinieri (policemen) or soldiers, as symbols of strength, authority and government, as testimony of a situation of subjection and suffered dependence.

Also religious representations were commons, as symbol of faith and protection.

Stamps with subject from architecture and various objects 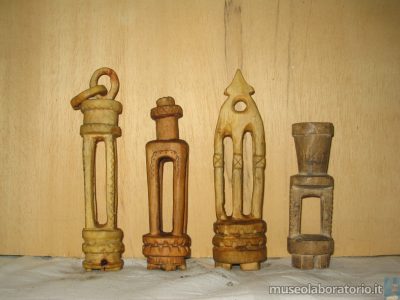 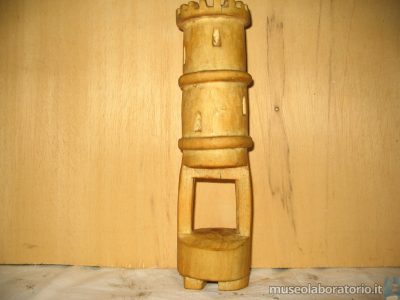 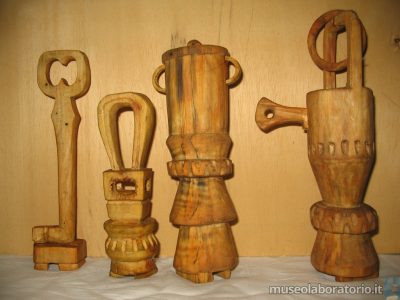 The subject of these stamps can be associated to architectural elements as windows, wells and bell towers.

The mullioned window with two lights mean an aspiration to the spiritual derived from religion.

The well symbolized the water, one of the most important survival elements.

The key was referred to the concept of defense and protection.

In the last picture (second from left) there isn’t a definite reference: probably is a technical exercising.