The cobbler’s shop was usually very small. The work-bench of this artisan took very little space so it was often placed in the space under the stairs.

Most of the peasants’ children didn’t had shoes. When they had them the adults tried to make them last as long as possible: they made the cobbler put along the sole borders a line of wide-head nails, so the leather could have a better wear resistance to the contact with roads and fields.

In the cobbler’s shop close to the leather, the pitch, the nails, the resin and the other innumerable utensils there was often a guitar that the artisan used when he didn’t work. 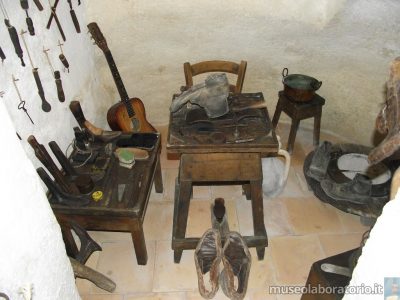 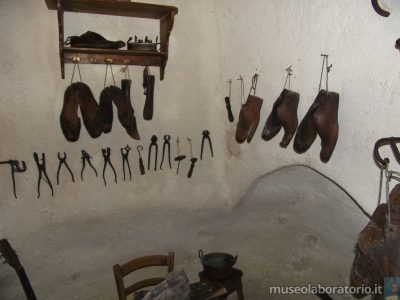 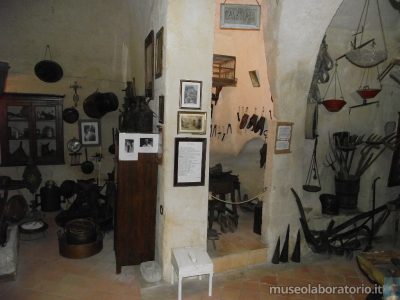 Oil lamps
Back to CoppersmithGo to Agricultural tools