The tailoring was a particular shop that was frequented by the most well-off citizens. A suit sewn by a tailor was a luxury that the peasants could had few times in their life: often on the deathbed they wore the same suite of the marriage day. Therefore, the women tried to adapt the garments of the older children to the younger becoming skilled in modifying them.

On the wide two-drawers tailor table close to the utensils for shaping the hats and for preparing stuffed buttons, there was always pins, wood squares, scissors of various dimensions, chalks to bring the models on the cloths and also thimbles, needles, fashion magazines. In the back there were various iron types, cloths, manikins, screens behind which people tried the suits.

Among all the furnishing there was the sewing machine: at first used with reluctance, it had progressively affirmed its role of essential and fundamental tool for the production of the various manufactured articles. Mirrors, armchair, clothes-stand and shelves completed the furnishing of this shop. 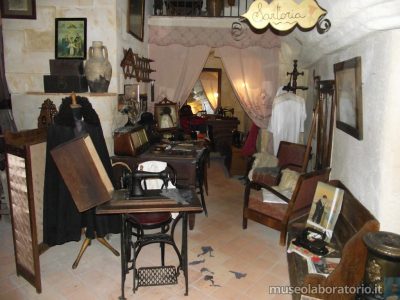 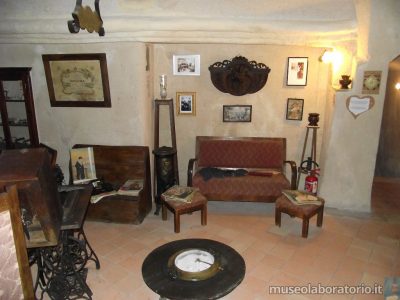