The conciapiatti (cunza piott) was an itinerant artisan experienced in mending umbrellas and sewing up again the broken terracotta objects.

He announced his arrival with a sing-song similar to a complaint and he started his work once the women surrounded him with their broken crockery.

He perforated the crocks with a rudimentary rope-drill then he sewed them with iron wire.

The whole seam was finally covered with cement so that the containers became watertight. When the cement didn’t exist he prepared a mix of ash, crushed eggshells and water.

The conciapiatti was the children’s bogeyman: they were threatened about making their mouth sewed by this artisan when they were particularly turbulent and uneasy, or in the evening of the Epiphany to make them go to bed sooner in order to put the poor gifts close to their beds. Some times also the husbands jokingly threatened their wives in such sense. 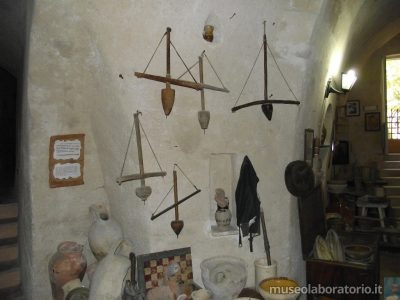 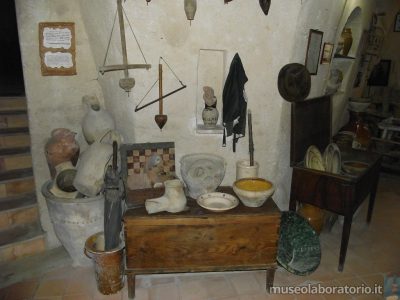 Oil lamps
Back to TailorGo to Potter